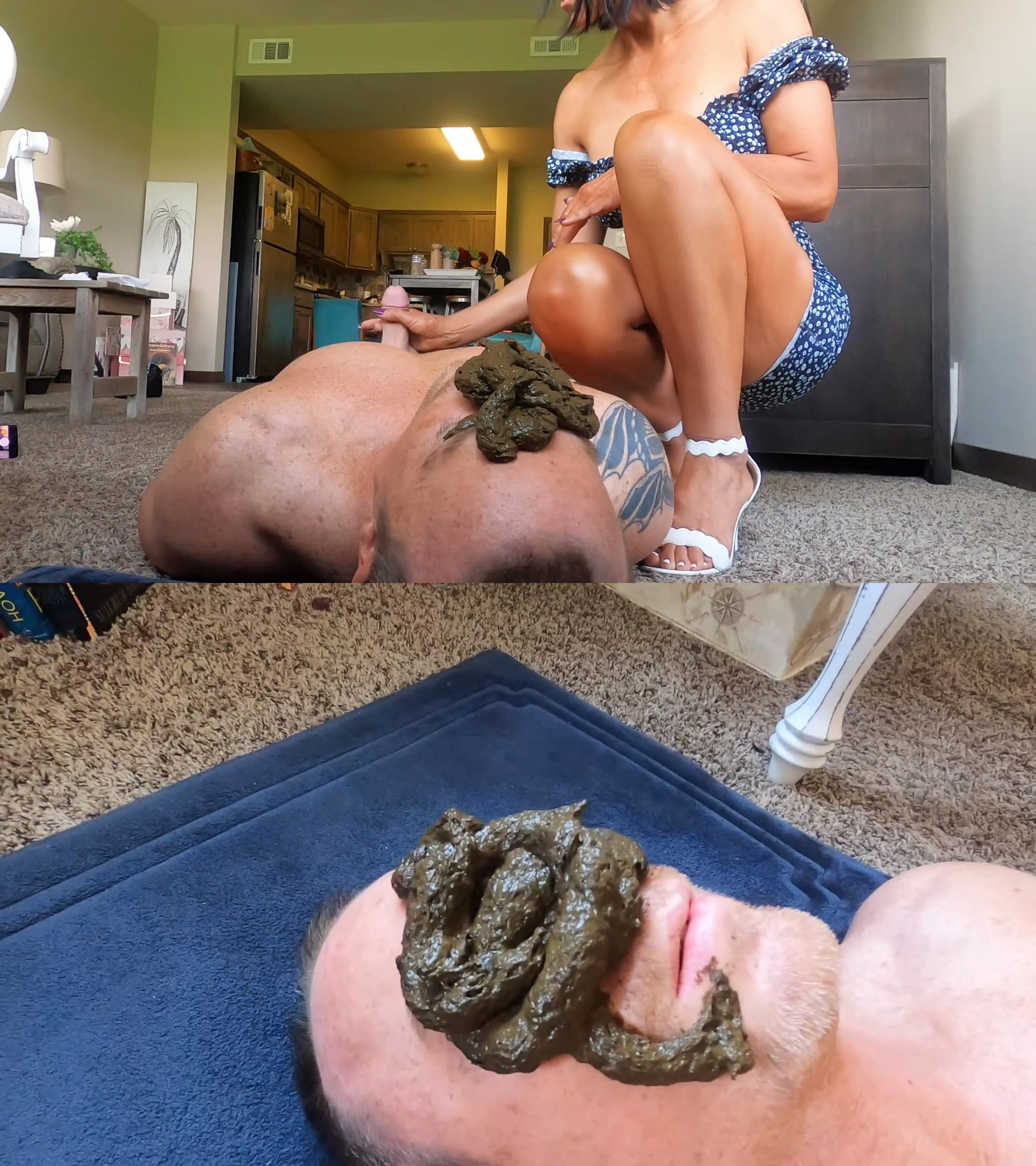 I ask dumbass if he’s ready for his daily blessing! And squat down, taking a HUGE, steaming, smelly dump on my PATHETIC cucky’s loser face!! Proving he’s even LOWER than my shit!! he’s so fucking pathetic that I notice his pants bulging… he got rock hard from this lowest form of treatment! I pull it out and stroke his ‘loser boner,’ making him moan and beg for release as I verbally mock him for getting ROCK HARD from being shitted on! How. FUCKING. PITIFUL.

Standing over him, I press the heel of my shoe into his throat and tell him that maybe I should just kill him. That’s how pathetic he is: life ended beneath a powerful woman’s foot, with her stinky shit pile on his face (I got so wet thinking about this!) And he would just lay there and allow this to happen for my pleasure. That’s how they’d find his body; heel puncture wound to the throat, face covered by a pile of smelly goddess shit!! I release my high heel from his throat and allow him to live–there’s so much more humiliation I want to do still… 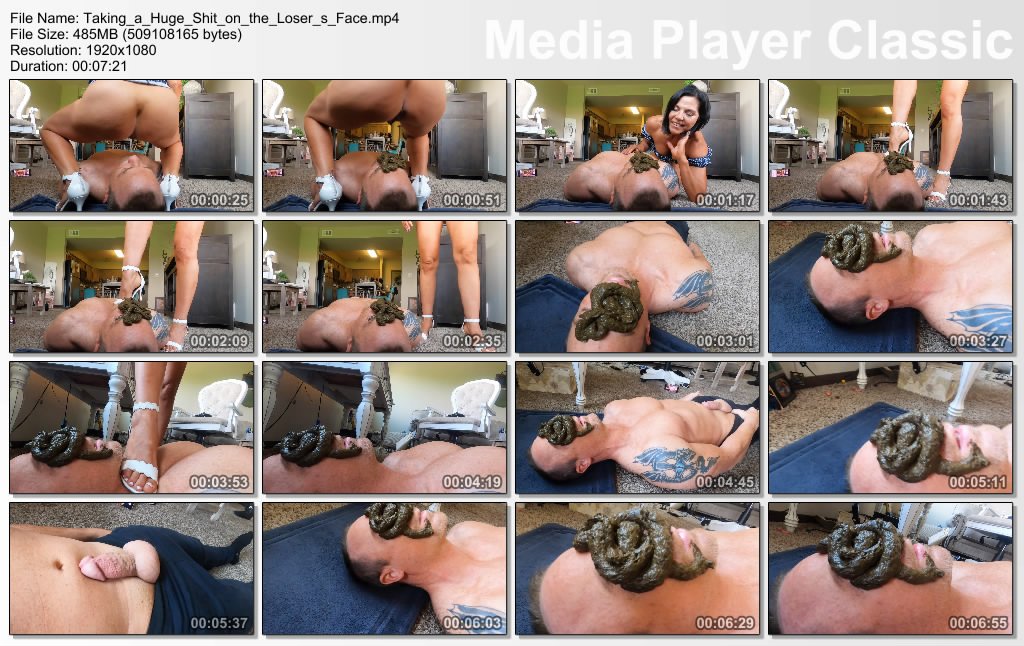